Win $2000 towards your own firearm safe! 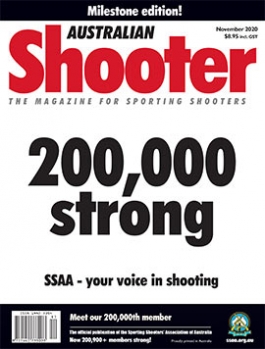 Captain Safe supplies a variety of safes for a variety of reasons and their latest offerings specifically designed to cater for firearms will have gun owners around Australia excited.

Not only are they some of the strongest safes around which are almost impossible to break into, according to business owner Nigel “they’ll last forever and ever – so long your grandkids will be using them”.

The all-Australian firm operates out of Geelong but delivers and sources safes from around the country and this network is key to their firearm safes since most of them have previously served in banks, police departments, and other buildings with high-security needs.

“These safes are of incredibly high quality and were built to a specification, not a price tag,” says Nigel. “Often the safes we’re taking out are a much higher specification than the new ones even governments are installing now. In fact, these safes usually have a ‘cash insurance rating’ which standard firearm safes won’t have.”

Nigel and his team take these old but incredibly robust safes and refurbish them for new customers. They go far and above most firearm safe legal requirements and, according to Nigel, it was by a happy accident he started selling to firearm owners at all. “Firearm collectors have become a huge part of our business, making use of the larger ones because they can’t buy the sort of quality products we have. And it doesn’t hurt that we keep the prices down.”

While Nigel can and does customise interiors of the safes, he says a lot of his customers do the interior themselves, shooters being a handy bunch after all. “We’re happy to put the safe in order for them, though a lot of our clients are quite handy and do the finishing off on their own.”

Captain Safe also supplies regular firearm safes but not nearly as many as the refurbished ones. Nigel safes standard safes are made cheaper than his refurbished versions. “Everyone I’ve come across in the firearms community has been fantastic to deal with so we look forward to supplying many more safes.”

How to go into the draw

To celebrate the release of Australian Shooter’s latest Secure Your Gun, Secure Your Sport brochure, Captain Safe is donating a $2000 voucher for SSAA members to put towards your own refurbished firearm safe (brand new stock not included).

For a chance to win, write your name, address, phone number, and membership number on a piece of paper and place it inside an envelope. Address your envelope to:

Redeemable when you shop at Captain Safe.

Captain Safe is based in Geelong – delivery may incur an additional fee if outside of the free delivery area.

The Sporting Shooters’ Association of Australia promotes the shooting sports and protects firearm owners’ interests. With more than 200,000 members and 400 clubs, the SSAA is the premier shooting body representing licensed firearm owners in Australia.